Art Prompts
Get it for
Apple iOS.
Creative fun in
the palm of your hand.
BY ONLINE AUTHORS
Rocky Raccoon
A raccoon pays and unexpected visit.
The Long Way Around
A story about a father-daughter relationship. Written for Rhythms & Rhymes Contest.
And Then Again...
Prayers, wishes...everything has two sides...
SugarCube's Monthly Random Contest!!
A New Contest Every Two Weeks!
SPONSORED ITEMS
cNotes by SMs
cNote Collections designed & created by the StoryMistress; original photography & images.
Daily Flash Fiction Challenge
Enter your story of 300 words or less.
Soul to Soul
Ask anonymously for yourself or someone else.
The Review Spot
Free, honest, and in-depth reviews.
READ A NEWBIE
Blinded Love
2 girls, around 1, 000 issues. Government issues, no escape, must choose one only.
My Diary_1
I am a diarist. I write many things in my diary. These may be relevant or may not be.
Shelter Dog
A dogs eye experience of finding a family
Bringing a of responsibility
Bringing a new life in world is full of responsibility
BY ONLINE AUTHORS
How Much Do I Love You?
A poem from a mother to her daughter.
Everything will be okay. You'll see.
Written in chapters. Being edited.
The Obligation
what's a brother for?
Non-Technical Support Forum
Members help other members with non-technical questions and problems using Writing.Com!
Printed from https://www.writing.com/main/view_item/item_id/1794299-Week-5-----Focus-on-Fiction


Well, this week I’ll be trying to place the book in my head into the diagram structure of a disturbance and two doors. This makes us focus on aspects of the novel that you wouldn't hit for a long time if you were trying to write out the plot chronologically.

I know this structure stuff will help me a lot. My curreny story isn’t arranged, not even arranged well in my head, so this is the week I’ll attack its structure. I don’t know if I’ll use a dry erase board, index cards and thumb tacks, or just many pieces of paper laid down my hallway. Whatever works for you--computer or good old pencil (erasable) and paper (can be balled up and tossed away to alleviate both frustration and boredom) write to your heart’s delight and passion this week.

And if you come up with an interesting way to deal with this task, please share that info in your e-mail to patrice@wwriting.com, and include a "bitem" access to your e-mail.


Let’s work on the exercises within the text, and also plan to map out our plot structures.

If you show me yours, I’ll show you mine. I'll create a couple of group sections for us to enter our exercises. I'd like everyone to be able to read the great writing I've read. Enter your ressponses to the exercises as an item, or an image if you’ve webbed your plot in a more artistic manner.

Whatever form is comfortable for you, work on it. Put the big ideas together this week, and you have a structured book you can continue to write on a weekly schedule. The end is literally in sight! You are just shy of calling yourself a novelist!

Please send your exercises/item/image to Patrice @Writing.com before next Tuesday if possible. This allows me reading time. If you’re later, you’re later, and that’s fine too.

Your facilitator,
Patrice, a sunflower in Texas 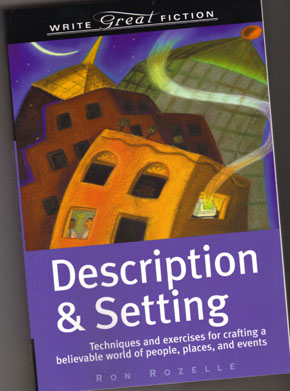 Follow this link for 4 more pages on the opposition and adhesive. It fits exactly into what we're reading about. Hope you find this useful.

All Writing.Com images are copyrighted and may not be copied / modified in any way.
All other brand names & trademarks are owned by their respective companies.
Generated in 0.14 seconds at 3:56am on Dec 04, 2020 via server WEB2.