Art Prompts
Get it for
Apple iOS.
Creative fun in
the palm of your hand.
BY ONLINE AUTHORS
The Whatever Contest
This irregular contest will change each time it's posted. Poetry? Horror story? Whatever.
Poet @ Work 2
A blog on Poetry, Poets and Life
Longevity
Youth is wasted on the young... (Quill award winner)
What's Important
A nice car? A good job? Beauty or fame? Or a planet which can sustain us into the future?
SPONSORED ITEMS
cNotes by SMs
cNote Collections designed & created by the StoryMistress; original photography & images.
The Review Spot
Free, honest, and in-depth reviews.
Example Quiz: Writing.Com History Trivia
An example quiz about Writing.Com that uses Correct Scoring.
Show, Don't Tell Contest
Show Don't Tell Contest Message Forum
READ A NEWBIE
Never forget the Rage
A short piece that came from my own feelings at times.
One chance to fix the past
A poem based in Pompeii during a volcanic eruption
Made in the empty places
A story of a girl in the woods, a farmer, her wife, and their dying pig.
OUR WORLD
This is a poem about "Our World".
BY ONLINE AUTHORS
New Beginnings
A teacher's thoughts and feelings at the beginning of the new year.
Poet @ Work 2
A blog on Poetry, Poets and Life
Intensive Care
What it was like for me to nearly lose my beloved wife.
Final Test
Audra Mancer saves her presentation.
Printed from https://www.writing.com/main/view_item/item_id/1140987-Quaballah-101

My name is Margaux. It used to be Marge--but Margaux seemed more appropriate for a food writer--I thought it lended an air of French sophistication. Not that I'm all that chic mind you. Yes, I know enough to turn up my nose at an ordinary merlot but I still eat fried bologna sandwiches on white bread with mayo. I assume that French women are thin due to Gauloises and extra-marital sex. But, truth-to-tell, I've no experience with either. Twenty unneeded pounds of jiggle can attest to that fact. Never trust a skinny food critic, that's my motto. Tom, my husband of 25 years, is the only human I know that can out eat me at a sitting. He, however, has no jiggle. I don't think Tom has ever stepped out beyond the bonds of marital fidelity...he has HOBBIES to redirect any extra libidinous energy. I can't recall ever having had any extra energy, libidinous or otherwise.

I am, however, a dyed-in-the-wool post-Woodstock New Ager. I've been Rolfed, Reiki'd, massaged, meditated, and mandala'd incessantly for the past four decades. I still haven't "found myself"--but I've sure enjoyed the journey. It's Friday night and Tom is indulging one of his hobbies--poker with the guys. I am half-heartedly flipping through the classifieds of the local alternative newspaper and an ad catches my eye: Private Quaballah Lessons--1:1 instruction with experienced devotee of esoteric studies. RafaEL..

How could any self-respecting middle-aged boomer resist an ad like that? RafaEL answered in a deep, masculine Hispanic-inflected voice. Yes, he was still accepting new students, and in fact, this Friday night, full Leo moon in Aquarius, was a most auspicious time for initiating new pupils. I scribbled down the address and then went to peruse the closet for something suitable to wear. A gauzy boho peasant top, and floaty ankle-length skirt with sandals seemed to fill the bill. Fortunately, I'd just had a pedicure and my toes were polished and lilac.

RafeEl had explained in our brief conversation that he was a massage therapist and energy worker interested in metaphysical subjects. He believed he had developed a course of study that allowed people to internalize Quabbalah's core concepts and integrate the teachings easily into their lives. When I had asked about fees, I had been told a "love offering" would suffice. Well, Tom was off playing Texas Hold'em, what did I have to lose?


RafaEL's house was a drive away, down the Tamiami Trail, through the Everglades, off a side road in far eastern Collier County. The 45-minute drive allowed me time to chill to some New Age tunes before our lesson. I was pleasantly surprised as a pulled up to the small, neat, stilt house, surrounded by cypress woods. Thriving, healthy plants hung along the wraparound porch and a small stone circle graced the front entrance. RafaEL, casual in T-shirt and jeans, strolled out to greet me.
"Namaste, Margaux," he enjoined, "abundant blessings to you."
"Uh--hi!", I stammered, always ready with a quick riposte.


RafaEL admonished me to remove my shoes before entering the house.
"This is holy ground", he proclaimed.
Thankful for the recent pedicure, I slipped off my sandals, ready to slip into sacred space. The house was clean, small, and spare--and filled with books. Soft Baroque music was playing in the background and the heavenly aroma of baking bread wafted over me like a warm caress. RafaEL settled me on the livingroom floor, surrounded with oversized pillows, while he excused himself to the adjoining kitchen to procure the "nourishments" for our first lesson. He quickly returned bearing two cobalt blue wine glasses and several thickly buttered slices of the still warm bread on a silver tray.
"The bread and wine are to welcome the Shekinah," said RafaEL, setting the tray on the round coffee table and coming to sit on the floor across from me.
I took a sip from the wine glass. It was cool, sweet, and creamy. RafaEL explained that it was a mixture of white wine, heavy cream, sugar, and a beaten egg white. He cautioned me to be careful not to swallow the moonstone that had been placed in the glass.
"This is a libation for the full moon, for the archangel Gabriel, and to welcome the Shekinah," he intoned. He explained further that Quaballists believed the Shekinah to be the feminine power of God. And further that man can only achieve union with God through sexual contact with a woman; man must embrace the Shekinah through copulation.
I took another great big swallow of my sweetened wine--and tried to stand to leave. However, my aging knees, flowing skirt, and slight inebriation made a quick and decisive exit impossible. I was rooted to the floor and decided to just finish the wine and let RafaEl keep talking.

The music shifted from classical Baroque to Argentinian tango. RafaEl continued with my lesson explaining that ancient tradition taught that Quaballah was originally taught by God to the angels who formed a school in Heaven. After Adam's fall, the angels taught the secret doctrine to Adam's descendants, so that they might regain God's grace.
"A lovely philosophy, is it not Margaux," inquired RafaEL, relishing his bread and wine, looking deeply into my eyes.
"M-m-m-hm," I assented, lips smeared with butter .
"From my knowledge of body work," continued RAfaEL, "I have refined some of the ancient teachings to synthesize both the physical and spiritual dimensions of man. Our bodies and our souls must unite with our Creator."

RafaEL shifted his position and came to sit at my feet. He lifted my feet and placed them in his lap.
"Our feet connect us to the Earth, they have tremendous energy points," he said, "it is where I like to begin my body work."
He took a small vial of oil from the coffee table, warmed it in his hands and began to massage the soles of my feet, my toes, and my ankles.
"I use rose and jasmine oil to awaken and energize the chakras, and to call the angels to our presence," he explained.
All I knew was that every nerve ending in my body, especially those centered below the navel, were already spinning wildly, and an unfamiliar heavy wetness was ocurring in my silky new panties.
RafaEL extended his massage past the ankles, up my calves, over the knees, past my thighs, his fingers stopping delicately at my belly. He warmed more oil and rubbed it over my stomach.
"Such a lovely round belly," he purred, "it is the source of primal feminine energy. Be proud of your belly." He bent and placed his tongue in my navel working in spiral circles upward to my breasts and nipples. He gently lifted off my top, undid my bra and allowed his jasmine oil infused fingers to coax my nipples to exquisite hardness. His mouth shifted from my navel to my nipples and his fingers began exploring the increasing wetness between my legs.
"Margaux," he shuddered, as I helped him remove his jeans and enter me,"Margaux, only face -to-face, side-by-side, like Adam and Eve, can we unite, be sanctified, and be a holy people!".
"Yes, yes," I moaned in assent and ecstatic pleasure, allowing the unfamiliar waves of orgasm to wash over me.

I sighed and watched the silvery wash of the Leo full moon paint the walls of RafaEL's livingroom and silently wondered what Lesson 2 would be like, and what was a suitable "love offering." 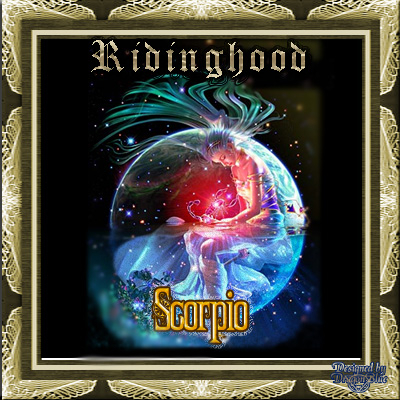 © Copyright 2006 ridinghhood--p. boutilier (ridinghhood at Writing.Com). All rights reserved.
Writing.Com, its affiliates and syndicates have been granted non-exclusive rights to display this work.

All Writing.Com images are copyrighted and may not be copied / modified in any way.
All other brand names & trademarks are owned by their respective companies.
Generated in 0.14 seconds at 10:42am on Nov 26, 2020 via server WEB2.