Writing Prompts
Get it for
Apple iOS,
Android or Kindle Fire.
Creative fun in
the palm of your hand.
BY ONLINE AUTHORS
Dear Me in 2021
A letter to myself outlining my goals for this year; written for dear me 01 / 21
intermittent positive air pressure
like CPAP but better
Desire
75-word Blink challenge for Jan.2017
Life is Gonna
Contest Entry about Life
SPONSORED ITEMS
How to Write a Query Letter
A list of do's and don'ts of query letter writing along with examples.
Soul to Soul
Ask anonymously for yourself or someone else.
Example Quiz: Writing.Com History Trivia
An example quiz about Writing.Com that uses Correct Scoring.
Promoting Your Portfolio URL
My column with tips on promoting your Public Portfolio URL!
READ A NEWBIE
Silk
They wove themselves to sleep and were boiled while they dreamt.
BURNING OF FLAMES
BURNING OF FLAMES..... I JUST SIT IN THE DARK AND ...
Inflight
A woman, falling from the grace of wealth, miserably fails to escape insignificance.
Stolen Thrones
In the process of being rewritten so if you will review another that would be great thanks
BY ONLINE AUTHORS
intermittent positive air pressure
like CPAP but better
An Embedded Poll?
This is the poll for the [ANNOUNCEMENT] on 10 / 26.
The Temple
A homeless man maintains a temple to an unlikely God accepting extreme sacrifices.
Whipped
A woman's experience on the internet.
Printed from https://www.writing.com/main/portfolio/item_id/2102369-The-Glory-of-The-LORD

The Existence of The LORD can never be proved, nor disproved through the human use of intelligence. Humans would be required to show evidence of their complete knowledge of every millimeter of the current material existence, which is known as the Universe or the Cosmos, before expressing any level of confidence in the Existence of or the non-existence of GOD, scientifically.

Even then their evidence would be spurious because the Universe or Cosmos is changing like an ever-expanding curtain.

The Bible cleared stated, that the Earth was a sphere and that the Universe or Cosmos was being stretched out as a curtain, long before science existed as an intellectual discipline. You may read, that declaration here is Isaiah 40:22, ESV, "It is he who sits above the circle of the earth, and its inhabitants are like grasshoppers; who stretches out the heavens like a curtain, and spreads them like a tent to dwell in;..."

It is Mankind, that must guess about things beyond the realm, that they are able to touch with their hands, experiencing with the rest of their five senses and launching with their rockets into space. Voyager 1 & 2 are good beginnings into the understanding of existence beyond life on Planet Earth. However, the best Mankind can do is still less than a meager fraction of 1% of all existence, that must be verified before confidence can be achieved, scientifically as to the Existence of GOD, for or against.

Bottom Line: All declarations, regarding the Person of GOD are summarily FAITH, whether the speaker is a believer in GOD or an atheist, scientific Creationist or theoretical evolutionist.

This means, that The Glory of The LORD is revealed to children and hidden from skeptics. Luke 10:21, ESV, "In that same hour he rejoiced in the Holy Spirit and said, 'I thank you, Father, Lord of heaven and earth, that you have hidden these things from the wise and understanding and revealed them to little children; yes, Father, for such was your gracious will.'"

Glory to The LORD! 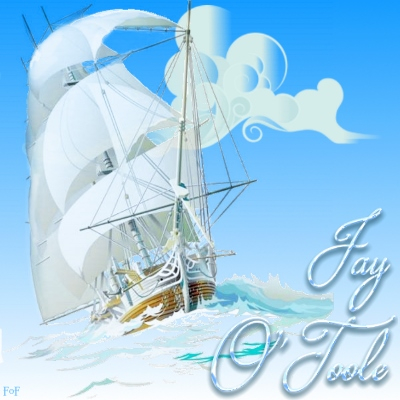 All Writing.Com images are copyrighted and may not be copied / modified in any way.
All other brand names & trademarks are owned by their respective companies.
Generated in 0.25 seconds at 5:31pm on Apr 18, 2021 via server WEB2.